WANT TO BE A PRO? KNOW THE 5 TYPES OF COD MOBILE WEAPONS 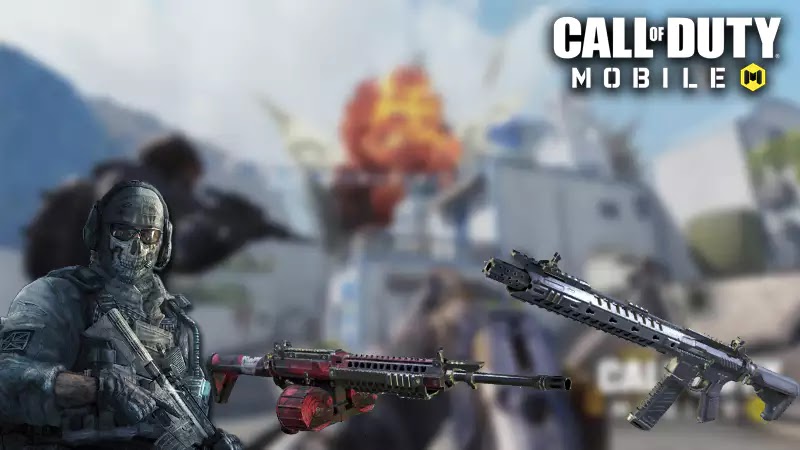 CBT CoD Mobile Garena has started have you guys played it? For those of you who still don't know, we will provide some interesting guidelines that you can use to play, this time we will review the types of CoD Mobile weapons.

CoD Mobile has at least five main types of weapons that you can use, unlike the other free shooting games in CoD Mobile Pistols are not included in the category of primary weapons, only as secondary which you might rarely use.

But this time we will not discuss the matter of secondary weapons, but only the main weapons that we will discuss. 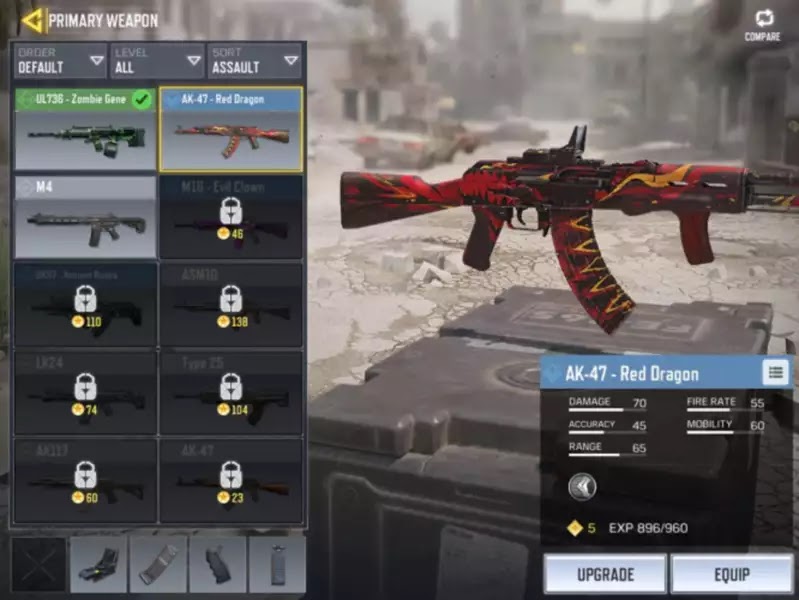 The first type of weapon is the Assault Rifle, a type of weapon that allows you to use it as an assault weapon. It is suitable for you who have a type of balance game between short range and long distance.

This type of weapon does not have a large enough damage, but it is covered with the ability to be used as a medium to long range rifle because the average type of this weapon has a high accuracy and shooting range.

In this CBT phase there are at least nine assault rifle types that you can use, from AK 47, M4, M16 to weapons that you might rarely hear like BK57. 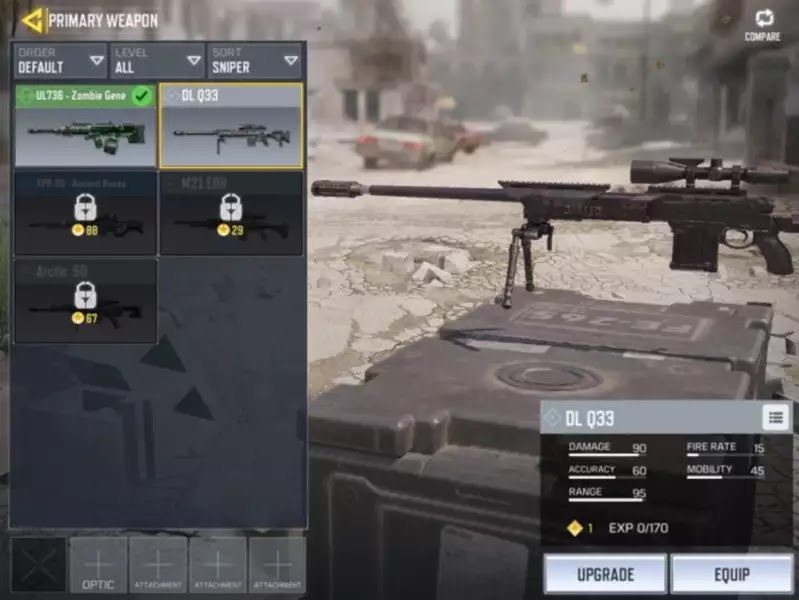 The next weapon is the type of Sniper Rifle, using this weapon is not easy because it requires special skills so you can shoot right on target because you don't use a mouse and keyboard.

Has a fairly low fire rate but has super high damage, you can kill your opponent with a single shot using this type of weapon. But it takes a lot of practice to be skilled at using it.

In this CBT phase there are four types of Sniper that you can use, such as DL Q33, Artic. 50, XPR-50 and also M21 EBR which may be more familiar to your ears.[next] 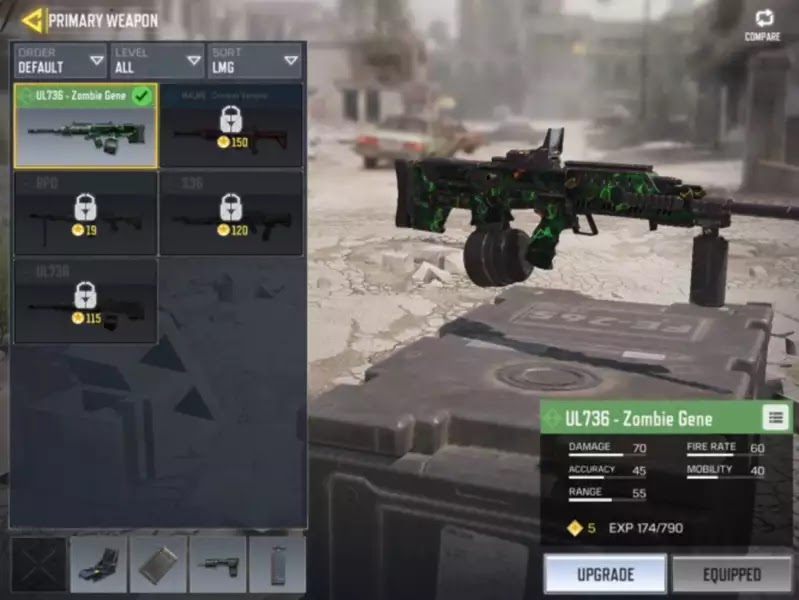 Is the number three weapon that you can also use, intended for those of you who like to do rushes or just play as support by providing cover fire or suppress fire so that your rusher can push forward your opponent.

Having a very large bullet capacity of 75 bullets per magazine (if without attachment extended mag), LMG can be very dangerous because it also has a fairly wide range. 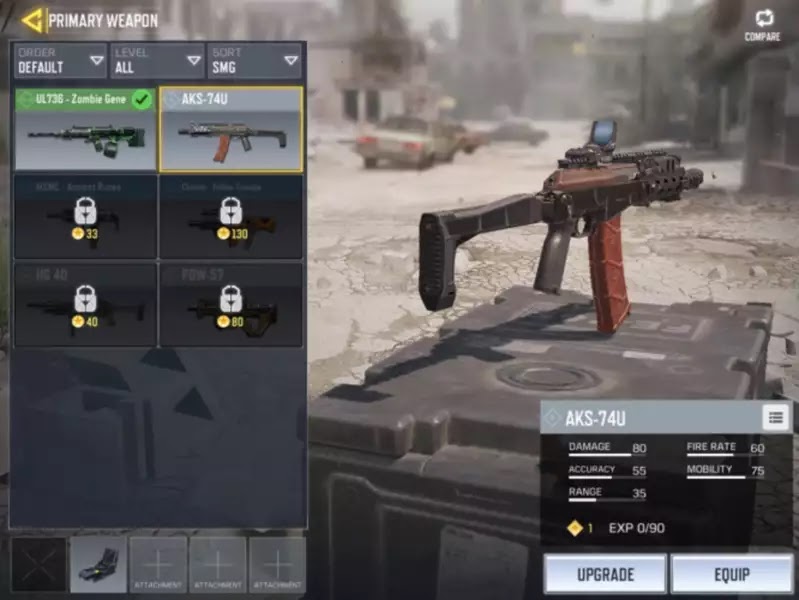 Assault weapons that have quite large damage and very high fire rates, using this weapon also requires expertise because you are required to be super-agile.

The disadvantage of this weapon is that it cannot be used for long distances, aka having a very short range and not so much ammo capacity, this weapon is specifically designed for players who have a position as a rusher. 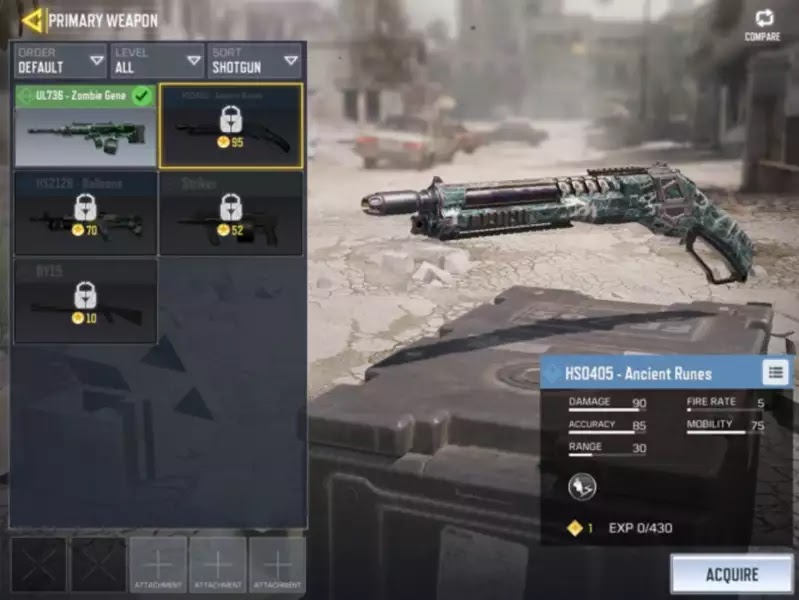 Similar to the SMG type weapons, Shotgun is also intended for players in the Rushes position.

Has high damage and accuracy, but the price paid is very expensive at the expense of fire rate and range or the smallest shooting range among all types of weapons.

But be sure, that you can defeat your opponents with one hit kill by using this shotgun. In the CBT phase there are at least four different types of shotguns that you can use.